What Does ‘Constitutional Interpretation’ Mean, Anyway? 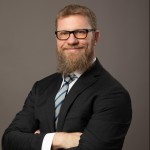 The U.S. Supreme Court has responsibility for interpreting the U.S. Constitution. But, because the Constitution is vague in many places and written in late 1700’s English, how we interpret it is the subject of sometimes rigorous debate. While it’s an excellent topic for cable news pundits to bloviate about, in the real world, Constitutional interpretation is often for show. Justices have the freedom to decide what they want the law to be, then use one of the below theories to justify it.

When there’s an opening on the Supreme Court, we’ll hear politicians and the media throw around terms like strict interpretation, originalism, stare decisis, and judicial activism. The truth is, most of those talking heads don’t know what any of this legal speak means.

Their goal is to polarize people by making it sound like one Supreme Court justice has the power to “save or destroy our democracy.”

Even libertarians, who are often the first group to complain about unconstitutional laws and regulations, may be hard-pressed to explain the various theories of Constitutional interpretation.

That lack of understanding leads us to support or oppose a judicial nominee based on party lines. Not because we understand how their method of interpreting the Constitution will impact our freedoms.

What is Constitutional Interpretation?

Judicial review is an idea central to the U.S. Government’s separation of powers. It provides the courts with the means to check executive and legislative actions to prevent either from exceeding its authority.

Under judicial review, courts may invalidate laws, acts, and government actions incompatible with a higher authority. In the U.S., the Constitution is the highest authority.

Although the Constitution doesn’t provide for judicial review, the Supreme Court enshrined the concept in Marbury v. Madison[1] when Chief Justice John Marshall wrote that “[i]t is emphatically the province and duty of the Judicial Department to say what the law is.”

In fulfilling its duty to review executive and legislative acts, the courts often find themselves having to interpret vague and seemingly contradictory words and phrases. That’s where judicial interpretation comes in.

Generally speaking, when interpreting the Constitution, originalists look at the meaning of the written words in the document and the intent of the Founders.

Non-originalists, in contrast, go beyond meaning and intent when reviewing governmental actions.

There’s no official list of theories. And the lines separating the approaches can be pretty blurry.

I’ve listed the most common theories below.

Keep in mind that justices don’t have to follow any particular theory. They’re free to choose one based on their values and, yes, their desired outcome on a case.

When interpreting the Constitution, originalists look at its text and structure. They also consider the drafters’ and ratifiers’ intentions. The primary distinction between the various originalist theories is where the justices put their primary focus.

Original intent is based on what the drafters intended the words to mean. It requires justices to dive into the Constitution’s authors’ heads and extract the thinking behind the words.

Not surprisingly, followers of original intent must often consult outside resources to determine meaning and purpose.

Marsh v. Chambers[2] is an example of an originalist case. The issue in that case centered on the constitutionality of the Nebraska legislature’s use of chaplains to open its sessions. The Court looked to how the First Congress operated to determine how the Founders interpreted the First Amendment’s Establishment Clause.

Textualists believe that there is an objective, unchanging, and knowable meaning to the text.

Hugo Black’s dissent in Griswold v. Connecticut[3] is an example of textualism. Justice Black argued in the dissent that there is no right to privacy because that specific right isn’t found anywhere in the Constitution.

Strict constructionism has the least clear definition of the theories on this list. Indeed, it seems to come up more when politicians discuss judicial interpretation. Such as when presidential candidates George W. Bush and John McCain both promised to appoint strict constructionists to the bench if elected.

When used, strict constructionist seems to mean that we should take the text of the Constitution in its literal sense. However, doing so is difficult, if not impossible, in practice because we can’t literally interpret many parts of the Constitution.

For example, what does “necessary” mean in Article I’s Necessary and Proper Clause? The Constitution doesn’t define “necessary,” and it’s a word we could spend eternity debating.

So, given the ambiguous terms in the Constitution, strict constructionism is more valuable as a political promise than anything else.

Non-originalists look beyond the text, intent, and structure of the Constitution. They instead look to places like established precedent, natural law, and the social, political, and economic consequences of a decision.

Since they’re more subjective, these theories provide more room for activism and the personal morals of the justices to find their way into the law.

Public and predictable rules are a fundamental basis of our legal system. We can’t, the thinking goes, hold someone accountable for breaking a rule if it wasn’t a rule when the activity took place.

Stare decisis, Latin for “to stand by things decided,” is the principle that we should follow precedent when deciding a case with similar facts. And it’s one of the most cited sources of judicial interpretation in the U.S. Supreme Court.

Planned Parenthood v. Casey,[4] which upheld the right to an abortion based on the precedent set in Roe v. Wade,[5] is an example.

A pragmatist balances the consequences of various interpretations against each other to find the one with the least negative impact.

An example of pragmatism happened in U.S. v. Leon.[6] In that case, police officers used an invalid warrant to find evidence against the defendant. The Court ruled that the evidence was admissible because the officers believed in good faith that they had a valid warrant. The Court decided that, on balance, upholding the search was better than not admitting the evidence.

Moral reasoning rests on the idea that the text of the Constitution is infused with general moral principles.

In Bolling v. Sharpe,[7] the Court used moral reasoning to strike down segregation in the D.C. school system under the Fifth Amendment.

Courts will sometimes use the unique character and national identity of the U.S. when it interprets the Constitution.

It did so in West Virginia State Board of Education v. Barnette.[8] In that case, the Court struck down on First Amendment grounds a law that required students to salute the flag. The Court reasoned that, unlike authoritarian states, the U.S. doesn’t use coercion as a method of achieving national unity.

McCulloch v. Maryland[9] is a famous example. In that case, the Court held that Congress had the authority to create the Second Bank of the United States based on an implied power in the Necessary and Proper clause of Article I. The Court based its reasoning on the Necessary and Proper Clause being placed in Article I, Section 8, which grants powers, not in Article I section 9, which restricts them.

Arguments in Favor of Originalism

By sticking with the meaning, intent, or both of the drafters, courts would be adhering to a fixed understanding of the Constitution, giving them more objective criteria to decide cases.

Doing so would lower the likelihood that activist judges could impose their values on the nation. By extension, originalism can prevent unelected judges from using judicial review to take legislative power away from elected representatives.

Another argument in favor of originalism is that it would require an amendment to the Constitution if Congress wants to make a law not allowed by the text. The amendment process would bring issues into the public eye and elicit more open debate.

Arguments in Favor of Non-Originalism

An argument for non-originalism is that the Founders couldn’t have anticipated all the future ways in which a government can oppress its people.

So, a more fluid and less restrictive interpretation of the Constitution allows courts to head off problems due to changing circumstances before becoming unmanageable. Because the amendment process can be slow and unreliable, judges need the flexibility to respond to crises.

Another argument is that it’s not always clear what the Founders’ intentions were. Or that they even had consistent intentions between them. In such cases, which founder’s intention do we use as a guide?

In the end, the way we interpret the Constitution doesn’t matter.

Given the complexity of our society, it’s impossible for a one-sized fits all approach of Constitutional Interpretation to work. No theory guarantees the correct, or even a consistent, answer.

Since justices aren’t required to follow any prescribed theory when deciding a case, they are free to choose how they want the case to turn out. Then they simply justify that decision after the fact using one of these theories.

Even if a justice tries to stay consistent in an approach, the theories offer enough subjective wiggle room that well-thought-out reasoning can land on almost any conclusion.

Image by Lynn Melchiori from Pixabay

Scott Grayson is an attorney in Colorado. He is a co-host of Mentally Unscripted (www.mentallyunscripted.com), a podcast devoted to helping people view the world with reason. Scott also blogs about reasoning and critical thinking at his blog, Strength and Reason (www.strengthandreason.com). He writes about libertarian and anarchist legal theory, Austrian economics, and other liberty topics at Liberty Weekly (www.libertyweekly.net) and Torch News (www.torch.news). You can reach him by email at 99relentless@pm.me.