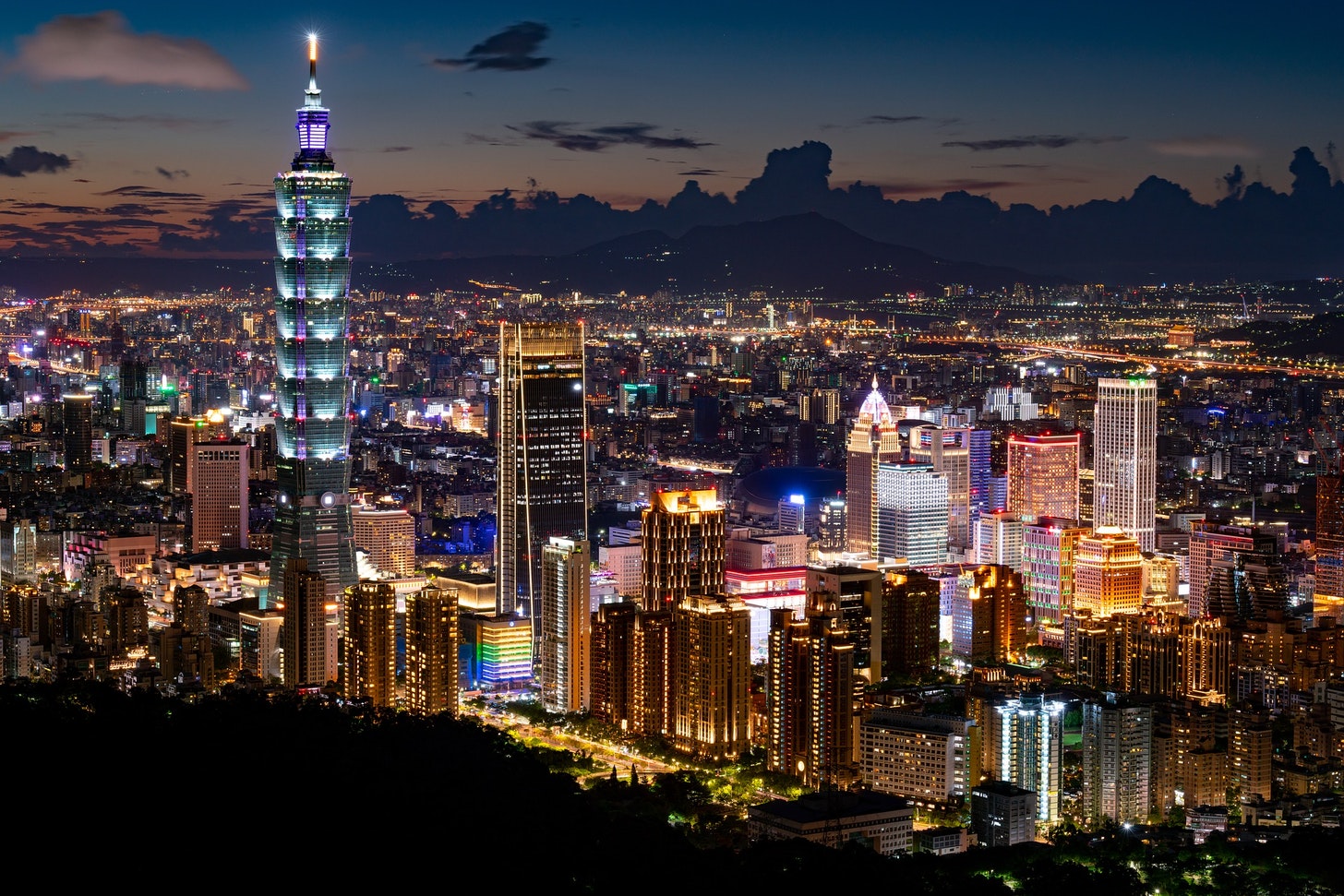 While the western world busts its own fingers googling the location of Ukraine, many newly-minted Ukrainian partisans have loudly predicted that China will capitalize on the crisis to finally invade Taiwan.

Unfortunately, Google Maps does not display ADIZ designations, which arbitrarily assign airspace in the southeast Pacific. If it did, the western public would clearly see that Taiwan’s air defense zone extends hundreds of miles into the South China Sea. It even, in large part, overlaps the Chinese mainland.

Still, the dire warnings of a pending attack persist. The sole argument appears to rest on the premise that the West “is distracted” and “wouldn’t want to fight a two-front war.”

Washington nonetheless maintains that a two-front war is not beyond its capabilities. Indeed, on February 28, Kurt Campbell, Biden’s top Asia Official on the National Security Council, asserted that the US will “sustain every element of [its] engagement in the Indo-Pacific” despite the crisis in Ukraine. He also reiterated that countering China’s growing influence in the region is a priority for the Biden administration.

US policy reflects that priority. On February 26, the US sailed guided missile destroyer USS Ralph Johnson through the Strait of Taiwan for the first such transit of 2022. The US carried out 13 of these provocative military operations in 2021 and has more than doubled its so-called “Freedom of Navigation Patrols” in the South China Sea.

These shows of force have only increased in frequency and intensity since Obama’s Asia Pivot in 2011, with a substantial uptick during the Biden Administration.

Diplomatically, Washington’s ties to Taiwan are stronger than ever. A week before Russia’s attack on Ukraine, Secretary of State Antony Blinken announced plans to open a US embassy in the Solomon Islands with the thinly-veiled objective of countering Chinese influence in the region.

On Monday February 28, four days after Moscow’s invasion of Ukraine, the Biden Administration sent a delegation of former State Department Officials to Taiwan. The trip was intended to demonstrate American solidarity with the island amid concern about the Russian offensive. During this delegation, former Chairman of the US joint Chiefs of Staff, Mike Mullen described US-Taiwan collaboration as “stronger and more expansive than ever before.”

Despite the degree to which US security commitments to Taiwan may deter a Chinese invasion, the entire prospect presupposes that China even desires violent reunification.

Chinese President Xi regularly reiterates reunification as a goal, but always stresses the process is historical—as in, it is inevitable but we need to be patient, so don’t wait up for it to happen; the last revolution took 300 years to start—and must be peaceful. Sorry, if you’re going to quote Chinese propaganda statements as proof of intent, you can’t cherrypick only the scary parts. It makes no sense to trust Xi on the plan but to claim he and every previous Chinese leader has been lying about the peaceful execution in the same breath.

In the same piece, van Buren cites myriad reasons why China is unlikely to invade Taiwan, including their incredibly lucrative trade partnership, the risk of total war with the United States, and the staggering cost, in blood and treasure, of a conventional invasion.

Further undermining the claims of a tandem Chinese invasion is the fact that Xi is actively urging Putin for peace in Ukraine.

On February 25, the two leaders spoke for the first time since Putin’s February 24 incursion into Ukraine. Xi reportedly stated:

China supports Russia negotiating with Ukraine to resolve the problem … China’s basic position on respecting the sovereignty and territorial integrity of all countries and abiding by the purposes and principles of the UN Charter is consistent.

Chinese Foreign Minister Wang Yi reiterated this sentiment on March 1st in a phone call to his Ukrainian counterpart, Dmytro Kuleba. Stating “[China] supports all constructive international efforts that are conducive to a political solution [to the Ukrainian crisis].” In the call, Yi reportedly “reiterated Beijing’s stance in respecting the sovereignty and territorial integrity of all countries.”

Although anything is possible, the fact that China has repeatedly urged Russia for a swift, peaceful end to the Ukrainian conflict, while not determinative, tends to suggest that China is not planning to use it as an opportunity to invade Taiwan.

In fact, on February 28, Taiwan’s own hawkish leader, Tsai Ing-wen, urged Taiwanese citizens not to worry about an imminent Chinese invasion.

Furthermore, the buildup to a conventional invasion of Taiwan would be gargantuan. Even Ian Easton, a Senior Director at the ultra-hawkish Project 2049 Institute, admits the following:

Some things we can count on, or at least estimate with the help of computers. The quantifiable elements of the PLA invasion operation would be mindboggling. Millions of armed forces in uniform would be mobilized in China, including soldiers, sailors, airmen, rocketeers, marines, cyber warriors, armed police, reservists, ground militia, and maritime militia. It seems likely that somewhere between 1 and 2 million combat troops would actually have to cross the Taiwan Strait, which is 128 kilometers across at its narrowest point and 410 kilometers at its widest opening…

If the PLA ground force was a million or more men, then we might expect an armada of thousands or even tens of thousands of ships to deliver them. The vast majority of these ships would not be from the PLA Navy. Vessels like tugs, oilers, barges, ferries, fishing boats, semi-submersible platforms, container carriers, and heavy roll-on/roll-off cargo ships would be mobilized. According to Chinese military doctrine, many ships would be deployed as decoys, conducting feints to distract attention away from the main assault.

US spy drones surveil the Chinese coast at an unprecedented rate. Surely the mobilization for such an invasion would be discovered immediately and decried by the US State Department and its lackeys in the corporate press. This was observed in the run up to Putin’s foray into Ukraine. It will be especially true given the corporate press’ universal anti-China histrionics.

But no, to date, the fear and loathing repeats its rapacious refrain: Chinese warplanes buzz Taiwan! … even while parked on the mainland.

This Libertarian Institute Colleague is Topping the Amazon Charts