US Intelligence and Extremism: from 9/11 to Ukraine ft. Adam Fitzgerald Ep. 223 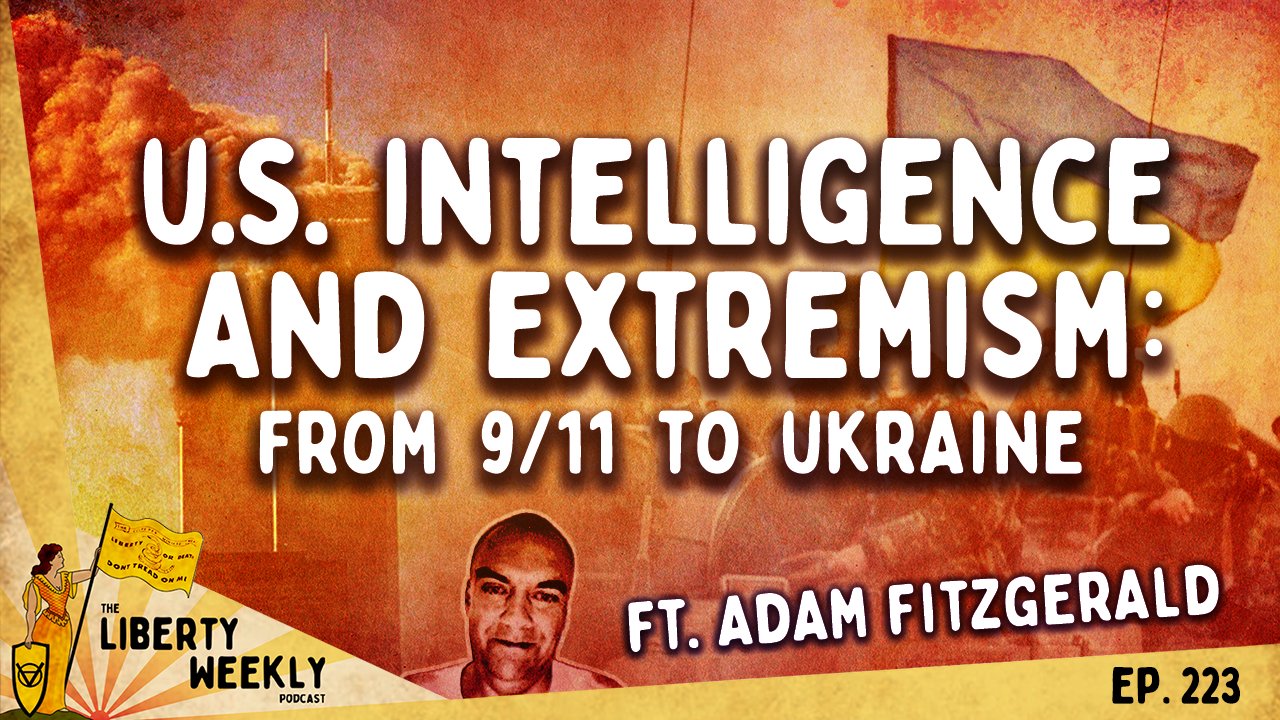 Back on December 5, I invited researcher Adam Fitzgerald on to the show for an expansive discussion about psychological operations. The discussion was one of my many favorite interviews, and it was a very popular episode. In this week’s episode, Adam returns for another expansive discussion. This time, we explore the relationships that US intelligence agencies, NGOs, and think tanks have with extremist groups.

Specifically, we discuss the acceptance and influence of Ukrainian Nazis and Nazi collaborators in the US foreign policy establishment. We also discuss the failure of US intelligence agencies like the CIA, NSA, and FBI to catch the 9/11 hijackers. At the end of the episode, Adam shares a groundbreaking information release that provides the most solid link to date of Saudi Arabian government assistance given to two 9/11 hijackers.

Episode 223 of the Liberty Weekly Podcast is Brought to you by:

The Darkened Hour: The Case Of Shayna Steinger: How The 9/11 Hijackers Got Inside The United States

The Darkened Hour: The Historical Connection Between The CIA & Ukrainian Nationalism

Reagan and the War Crimes Lobby by: Joe Conason

The Daily Beast “Here’s What the CIA Director Was Really Doing in Kiev by: Eli Lake and Josh Rogin