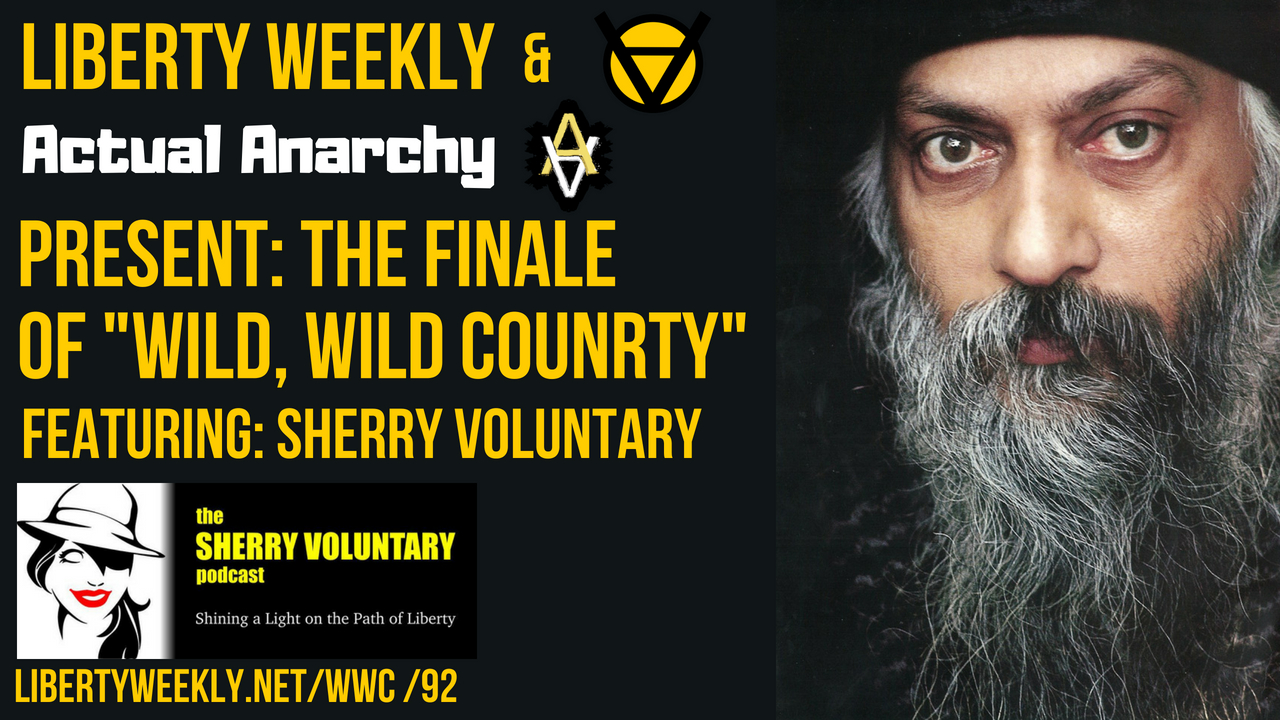 In episode V, we close out our summer special on Netflix’s “Wild, Wild Country.”

In this finale, Daniel, Robert, and I had the pleasure of welcoming Sherry Voluntary to the show to discuss her own experience in a non-traditional religious organization. Sherry relates her 27 year experience with her own group to the Sannyasins’ experience following Osho. She also relates her emotions in leaving her group to that of the Sannyasins in leaving Rajneeshpuram.  We were very excited to have Sherry on the show!

Sherry Voluntary is a former co-host of “Speaking Freely,” a regular weekday program which aired on Knoxville Talk 92.3 FM. She now continues her work through hosting two excellent podcasts: “The Sherry Voluntary Show” and “Postcards from Somalia.”

Daniel and Robert are the dynamic hosts of the Actual Anarchy Podcast, which cover movies and films from a Rothbardian lens. They also host “the Last Nighters,” which is the same show, except with a normie-friendly name!

Episode 92 of the Liberty Weekly Podcast is Brought to you by:

Patrick MacFarlane is a Wisconsin attorney in private practice. He is the host of the Liberty Weekly Podcast at www.libertyweekly.net, where he covers libertarian legal theory, noninterventionist foreign policy, Austrian economics, history, and other libertarian topics. His is a regular contributor at the Libertarian Institute at http://www.libertarianinstitute.org/patrick His work also appears on http://www.antiwar.com in the viewpoints section. He may be reached at patrick.macfarlane@libertyweekly.net