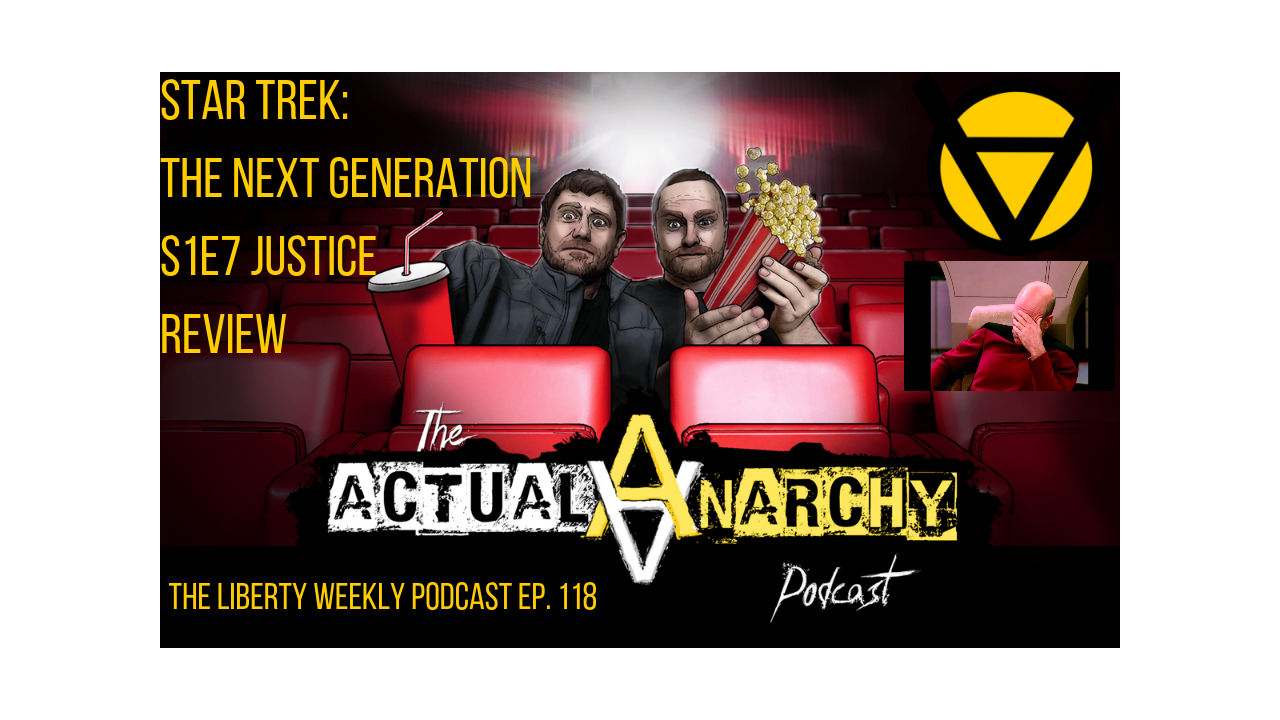 In today’s episode, Pat appears on the Actual Anarchy Podcast (http://tinyurl.com/y2wkx7dv) with old friends Dan and Rob. It was astounding how many references were made to various legal and philosophical writings and previous episodes of both of our shows so check out the show notes page from Actual Anarchy as well for anything we might have missed.

From the Actual Anarchy Podcast:

“We boldly go where no man has gone before, on this show at least, and discuss an episode of Star Trek: The Next Generation with our pal, Patrick MacFarlane of the Liberty Weekly Podcast. You can find his show at: http://www.libertyweekly.net Season 1, Episode 7: Justice When Wesley is sentenced to death for innocently violating an alien planet’s custom, Captain Picard is forced to choose between negotiating for Wesley’s life or adhering to the Federation’s prime directive which prohibits interfering with another civilization’s way of life.”

Police Have No Duty to Protect You
http://libertyweekly.net/46

Episode 118 of the Liberty Weekly Podcast is Brought to you by:

The Liberty Weekly Podcast is now on Bitbacker.io Support with crypto!