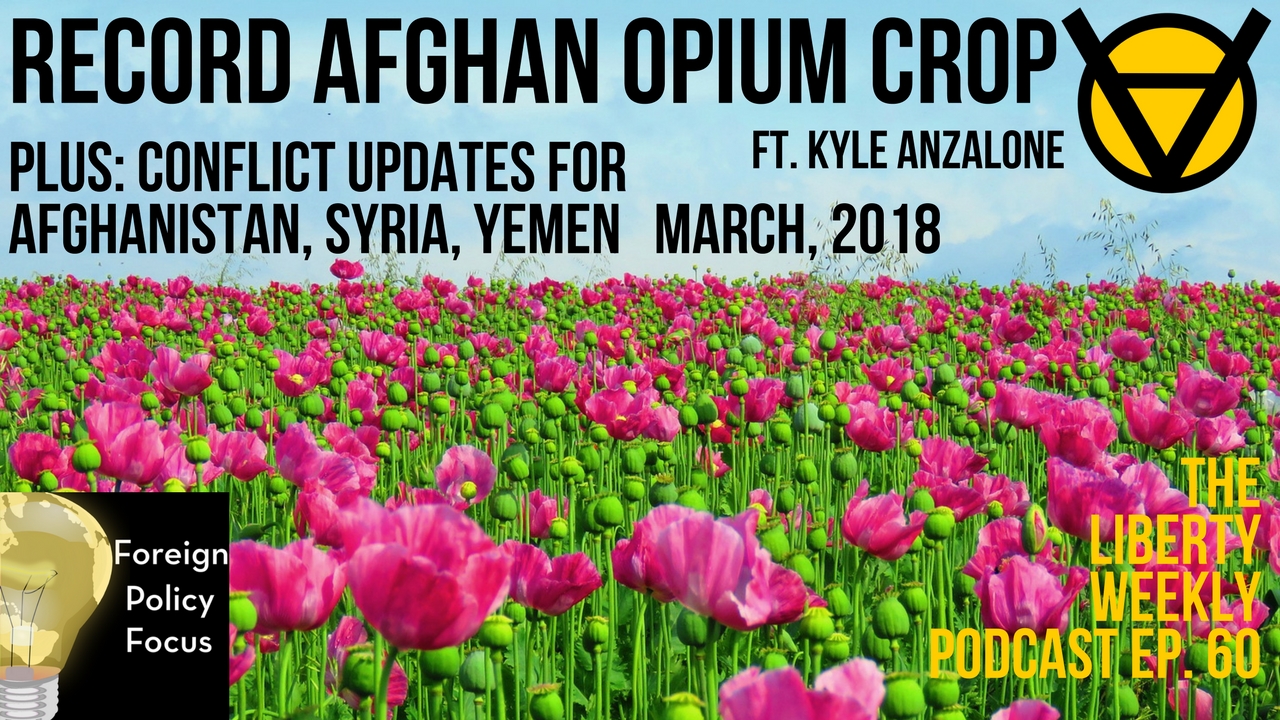 Resident foreign policy expert of the Libertarian Union, Kyle Anzalone joins me once again to discuss his exceptional new article “Record Afghan Opium Crop Signals Violent Year for U.S. Forces,” co-written with independent journalist Will Porter. We discuss all of the great work Kyle is doing, promo his new website at Immersion News, and get detailed conflict updates from Afghanistan, Syria, and Yemen. This is a must-see episode, so be sure to view the video version on Bitchute or YouTube!

Episode 60 of the Liberty Weekly Podcast is brought to you by:

On the Liberty Weekly Podcast: