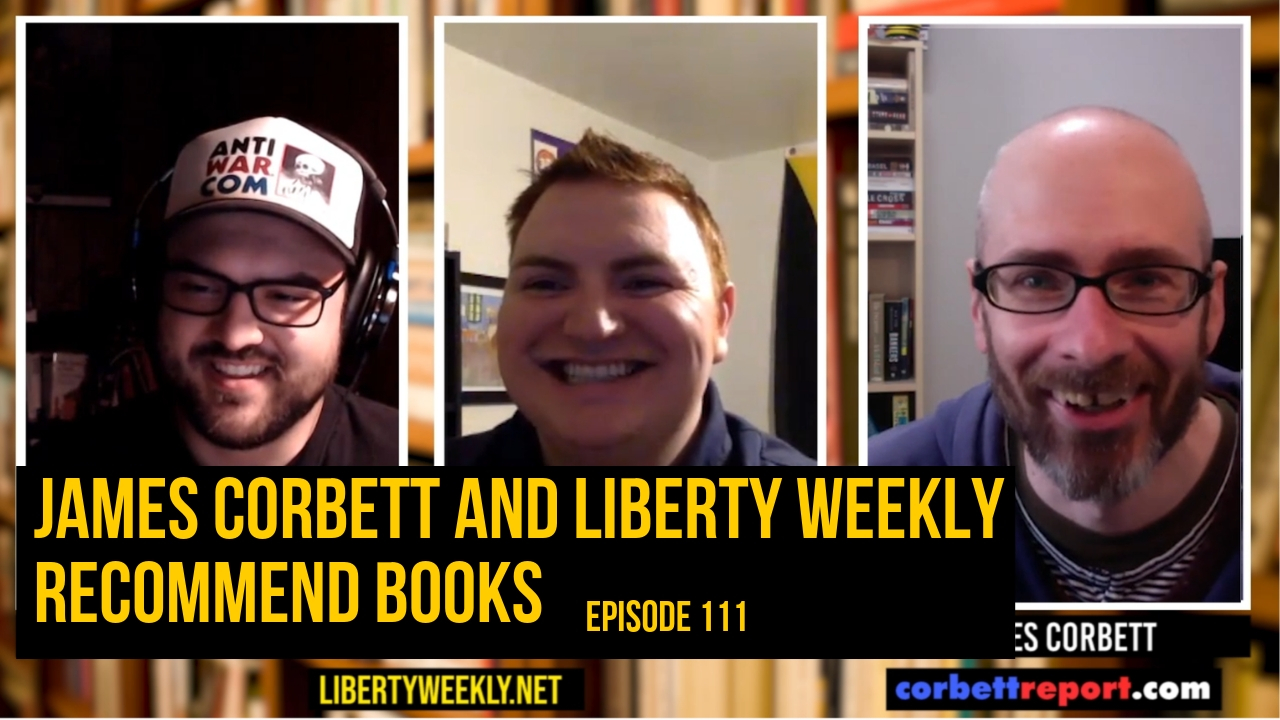 We had the great pleasure of welcoming James Corbett on the Liberty Weekly Podcast to revisit his “Questions for Corbett” episode “What’s on Corbett’s Bookshelf?” James shared a multitude of important books, and we have a few laughs along the way. Many thanks to James for coming on the show!

Check out the Corbett Report

Episode 111 of the Liberty Weekly Podcast is Brought to you by:

The Liberty Weekly Podcast is now on Bitbacker.io Support with crypto!

What’s On Your Bookshelf? – Questions For Corbett #035

The Politics of Obedience by Etienne de La Boetie

Seeds of Destruction by William Engdahl

Tune In by Mark Lewisohn

Technocracy: The Hard Road to World Order by Patrick Wood

Science on the Verge (+ interview)

Bit by Bit: How P2P is Freeing the World by Jeffrey Tucker (+ interview)

The Moon Is A Harsh Mistress by Robert A. Heinlein (+ FLNWO)

As I Lay Dying by William Faulkner

In Search of Lost Time by Marcel Proust

On Killing: The Psychological Cost of Learning to Kill in War and Society by Dave Grossman (+ Liberty Weekly “Blood Makes The Green Grass Grow“)

The Most Dangerous Superstition by Larken Rose

A Theory of Capitalism & Socialism by Hans-Hermann Hoppe

The Franklin Cover-Up by John Decamp

Secrets of the Federal Reserve by Eustace Mullins

The Deliberate Dumbing Down of America by Charlotte Thomson Iserbyt

The Lusitania by Colin Simpson (+ caveat)