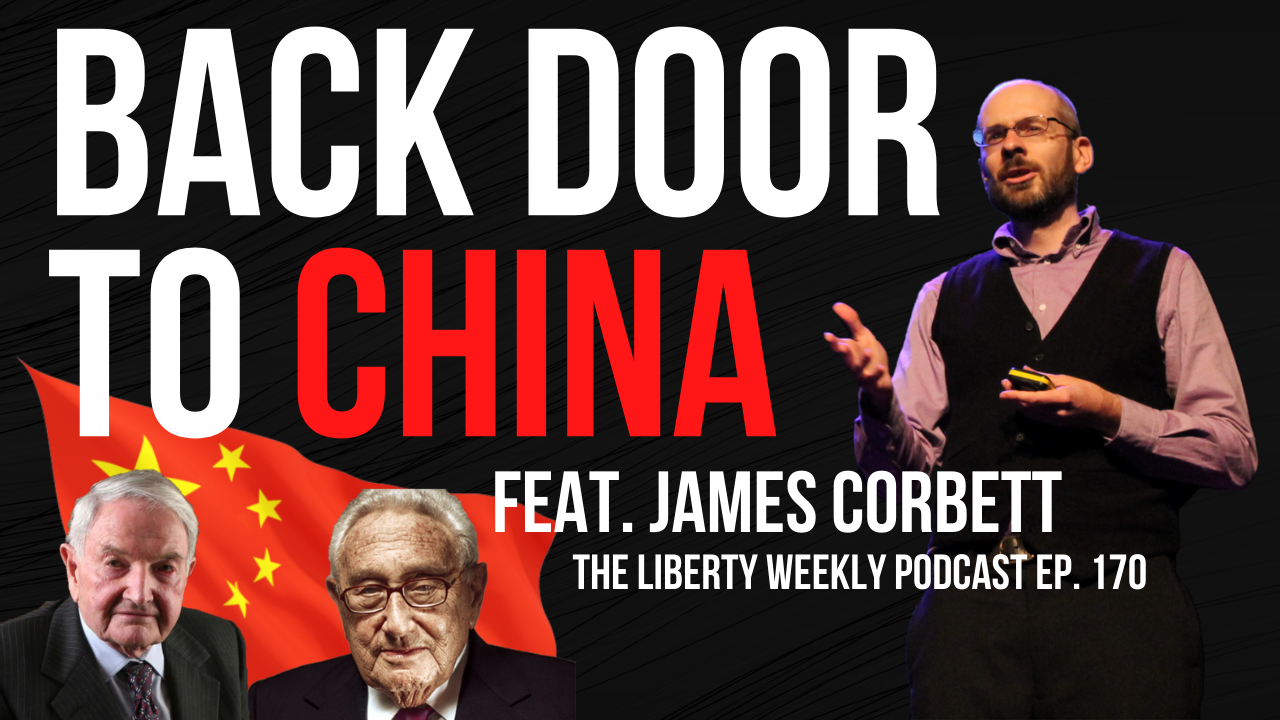 Were US banking interest behind China’s precipitous rise to world power? What is China’s place in the New World Order? What is driving the “destined for war” narrative between the West and China? Are the Chinese committing genocide against the Uyghur Muslims? Is it our place to speak out against the Chinese Communist Party? James Corbett joins me to discuss his work, “China and the New World Order” in this wide-ranging interview.

Episode 170 of the Liberty Weekly Podcast is Brought to you by:

Corbett Report on the Rockefellers

James Corbett: “Deal with the Devil: How the Global Elite Re-Colonized China”

James Corbett–Echoes of WWI: China, the US, and the Next “Great War”

2034: A Novel of the Next World War by James Stavridis & Elliot Ackerman

James Corbett: THIS is What World War III Looks Like